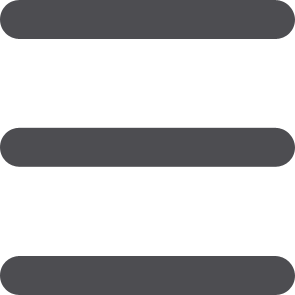 Letters in the kitchen

Mallmann, on the edge of uncertainty

Letters in the kitchen

“Bariloche was childhood and adolescence: it marked a course in my steps forever, Patagonia and the years I spent outdoors are my great link with today's kitchen ”. Francis Mallmann, in El Clarín.

Talking about Francisco José Mallmann, ─better known as Francis Mallmann─ is talking about authentic Argentine gastronomy. With 61 years and more than 40 years of career, his stories, landscapes, memories and fire - an indispensable element - are the seasoning, which is never lacking, in the dishes he prepares. “Fire is closely related to the history of man, it is in our collective memory, it is something almost magical that has been with us for thousands of years (…) Nowadays, that people live in cities, it is a luxury to be able to be outside cooking with fire is a very great example of freedom”, says the chef. From Argentina to France there is only one step. In various publications it is stated that Francis Mallmann was born in Paris or Bariloche, well, none of that… It was in Buenos Aires, Argentina, on January 14, 1956! Specifically in Acassuso, a place that is closely related to his early childhood, where his grandparents' house was located, in the ravines of the Río de la Plata. After a six-year stay in Chicago, United States, he arrives in Bariloche. There he lived his childhood and also his adolescence with his Uruguayan mother and his father, an Argentine of German origin. Fate, in one way or another, always gave him hints that the impressive Patagonia and the Romanesque Eiffel Tower could be closer in his life than he himself could suppose. "At eight I used to hitchhike to go to school." There was a man with a vehicle who always stopped and sat me in the back. There was always a different woman by his side. One day, after so much hitchhiking, one of them told me: "Come and have tea at home," I agreed. And when I went to the garden there were two naked women sunbathing, who told me: 'Here you are. What do you want to drink? ”They didn't cover up or anything. They were French! Those things made me dream that there was a very free world somewhere", says Mallmann, in Chef’s Table, Netflix’s Emmy-nominated documentary series, which dedicated an entire episode to him in the first season.

The “long-haired rebel” became a Chef

“From a very young age my great desire was freedom. The freedom to believe only in myself and not allow anyone to control me. I wanted to be myself, I wanted to do whatever I could think of. ”Francis Mallmann, on Netflix.

Francis Mallmann left school at the age of 13. He completed primary school, but he did not like secondary school. "I didn't like studying, I hated classes. I was a long-haired rebel. I wanted to play the guitar all day. I spent the night there. Once my father told me: ─'You follow the rules of this house or you have to go'. At that time I felt the protest of the Vietnam War a lot. Not that I carried that flag, but the music of the protest influenced me: Bob Dylan, Joan Báez. I felt that message deeply", he confessed. His love for music led him to work as a DJ in a bar and before entering body, soul and heart in the world of fire, wood and embers, he traveled to California, United States when he was 16 years old, very interested in music, the movement of the 'hippies' and the musical currents of the 70s. "As I had lived as a boy in the United States, the journey was not complicated for me: I spoke the language well and those were other times", explains the renowned chef. At the age of 19, the "irreverent and carefree" - as Mallmann has defined himself - returned to the place where he had started, Bariloche. Without any kind of studies, he began what would be a prosperous path as a chef, with the help of an English friend, who had studied at Le Cordon Bleu: "I stayed for a year and a half looking for the hippies who were no longer there and when I returned, I came back determined to open a restaurant, I don't know why. Before going to San Francisco, a friend had taught me some cooking things and when I got to Bariloche her father helped us set up the Nahuel Malal with another friend."

Without speaking French, he left for Paris

"Paris showed me the immense culture and history of France, awakened my interests for excellence, enlivened my work and gave me the rigor and strategy of a restauranteur." Francis Mallmann, in El Clarín

For Francis Mallmann, one restaurant was not enough and he decided to open another, near the Punta del Este spa, in Uruguay. With this money, the twenty-year-old was able to carry out internships - without knowing how to say 'bonjour' - in some of the most illustrious kitchens in France, such as Roger Vergé and Alain Senderens, and he met the respected chef Paul Bocuse, founder of the nouvelle cuisine. "In every beginning you have teachers and people you admire, inevitably while we are training we copy them and want to imitate them; what I did at first was to transfer my French knowledge to my South American job. It was a time of successes and disappointments”, says the chef who, later in his 40's, understood that he had to find his own language and style. “One day I looked at myself in a mirror and asked myself: ─'What am I doing, who am I, why am I doing French cuisine?' I collected the memories of my childhood, and very slowly I began to incorporate charcoal, grill, and clay ovens. That grew slowly until in 2007 I said: 'It's over. From now on I will dedicate myself to the fires and I will return to simplicity, which is the most difficult thing to do'. At first people said: 'Mallmann went crazy, he cooks outside with fires and talks to the wind'", Francis recounted. The American chef and anthropologist, Peter Kaminsky, comments in the foreword to the book "Seven Fires: My Argentine Cuisine", that the result that Mallmann obtained, after deciding to be faithful to his roots, "was an evolving gastronomy based on wood-fired cooking and to the veneer practiced by generations of gauchos and natives ”.

He also explains that “like any good French chef, he is a master in the art of intensifying, deepening and developing flavors and textures. But instead of using complex sauces and almost architectural presentations, he prefers simplicity". Being stubborn, constant, persevering and, above all things, faithful to his intuition brought good results to Francis Mallmann, who in 1995 was awarded the Grand Prix de l'Art de la Cuisine, of the International Academy of Gastronomy ( The Grand Prize for the Art of Cooking) ─equivalent to the Nobel Prize for gastronomy─. For 20 years he appeared on television with a program called "The Kitchen of Francis Mallmann." It was on Channel 3 on Cablevision on Mondays at 7:30 pm. Later, in 2005, he was on the The Gourmet Channel, where he won the affection of countless viewers. “Suddenly there was a wall of 70 people telling me not to do such a thing, and I did the same. (…) You have to hit yourself a bit, but you have to continue. If you believe in what you do, it is possible ”. "My life has been a path on the edge of uncertainty. I believe that today we educate children to sit in a comfortable chair. You have your job, your little car, you have a place to sleep, and dreams are dead. You do not grow up in a safe way. We must all conquer something in our life, and that takes a lot of work, and it takes a lot of risk. To grow and improve you must be on the edge of uncertainty", says Mallmann in the trailer of his chapter in Chef's Table, the Netflix show that made him known worldwide.

Andreína Mosqueda and Roland Garros: The importance of logistics in the kitchen